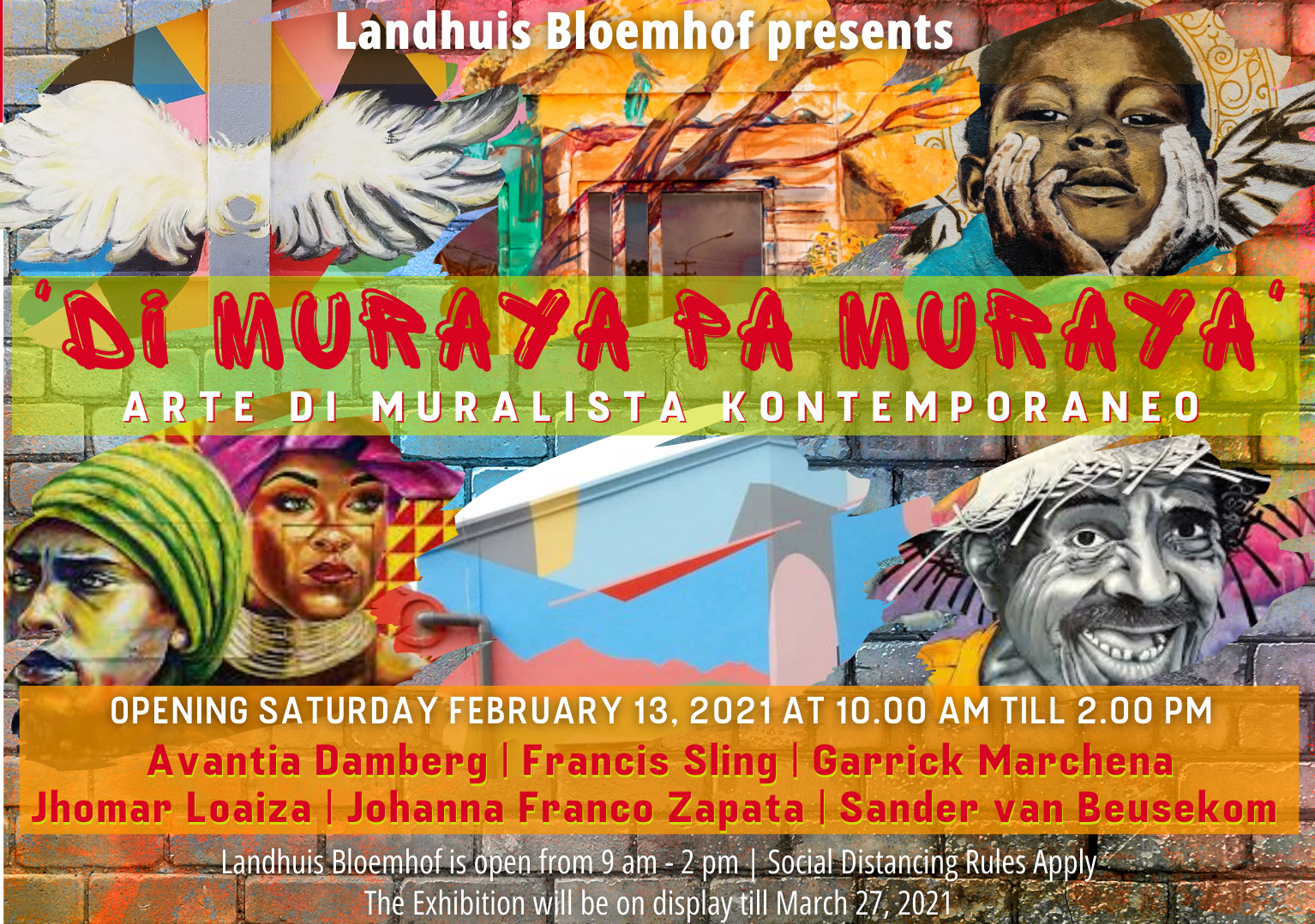 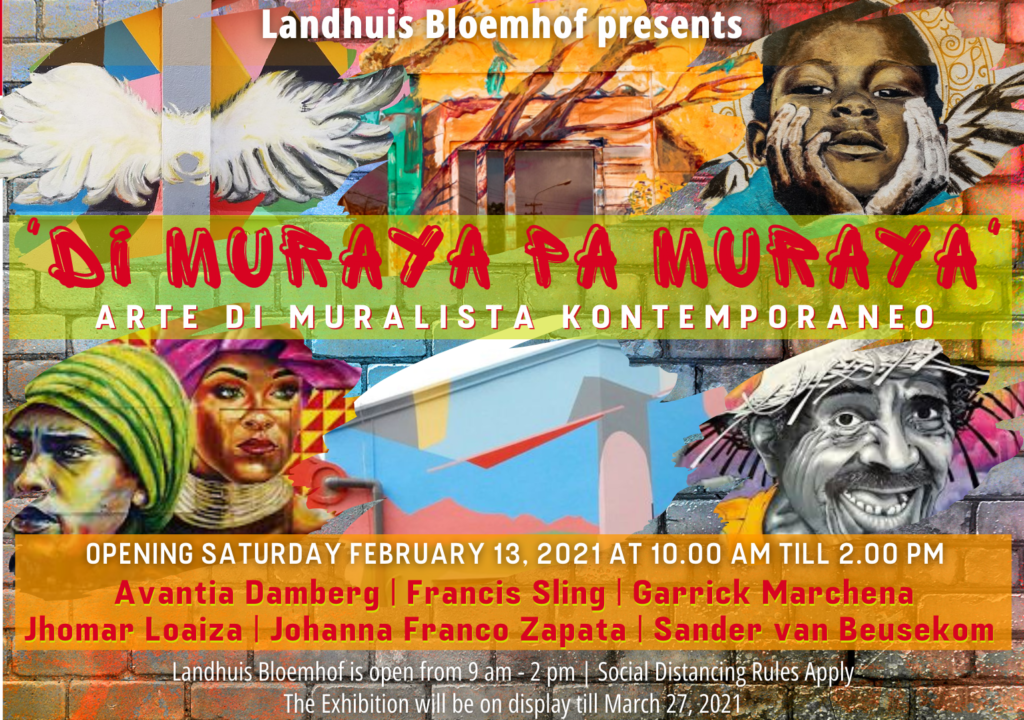 In the past years, especially the city center of Curaçao has seen a large number of murals appear on her walls.  They are expressions of a positive outlook often used to cover up crumbling dwellings.
In addition to being bold and colorful, they convey a message to the viewer and empower the youth and neighborhoods, allowing everybody to see the hidden beauty of their own ‘bario’ with renewed hope.
Avantia Damberg, Francis Sling, Garrick Marchena, Jhomar Loaiza, Johanna Franco Zapata and Sander van Beusekom are some of the many muralists who contributed to this development on the island.

Avantia Damberg is a multidisciplinary visual artist who started her artistic career with video art and animation and now focuses on collages in the broadest sense. She has painted several murals in Punda such as the 'Pundawings' and the tribute to our ‘Hidden Heroes’. In Otrobanda 'Colorful Steps' and the 'OTC tiles stairs' in collaboration with the Kaya Kaya artists are her showstoppers.  She recently finished a tribute to the immigrant population of Suffisant at the Odulio Willems Stadion.

Francis Sling is a graphic designer with a passion for music, sculpture and poetry. His paintings can be regarded as a poetic expression in color. Francis' very first mural in 2014 is the 360 ° rendition of the underwater world at the Dolphin Academy. Besides a growing number of murals in Curaçao, Francis also painted several in Aruba and in the 'International Youth Hostel Mandala' in Xining, China.

Garrick Marchena studied civil engineering and started painting in the area of Saliña in 2003. In 2009 he made his first street mural called 'Urban Angel' under the alias 'Zigski'. In recent years Garrick has painted several murals in both Curaçao, Cuba and his native island Aruba. His well-known 'Angelito Negro' was for many a first encounter with his work and for fellow artists a push to make murals in the city center.

Jhomar Loaiza is a Venezuelan artist inspired by the African roots of the Caribbean. He studied art in Coro.  In 2013 he participated in ‘The Longest Painting Festival’ here and was noticed. His first mural in Curaçao covers the doors of Ashley Mauricia's studio at Plaza Piar in Punda. He since moved to Curaçao and now has work scattered all over the island. His striking use of color and expression stand out from far.

Johanna Franco Zapata started her art education at the Instituto Buena Bista (IBB) and then went on to study Visual Arts in the Netherlands.  Art does not stand still and has different perspectives and in this process the Colombian artist takes up the challenge of constantly rediscovering herself. Her first mural, ‘Franco & Zapata’ was painted in the gardens of the IBB in 2014. One of her most recent public art projects is the revamping of the guardhouse on the way to ‘Grote Knip’ Beach.

Sander van Beusekom studied Art Direction at the Junior Academy in Amsterdam. Together with his sister Nicole, he runs the graphic design agency BLEND Creative Imaging. He is co-founder of Street Art Skalo which aims to refurbish and beautify neighborhoods, and to promote local talent. In 2019 he was commissioned by CTB to make the mural 'Tickle Me Curaçao' in Wynwood, Miami, in anticipation of the Art Basel Art Fair.