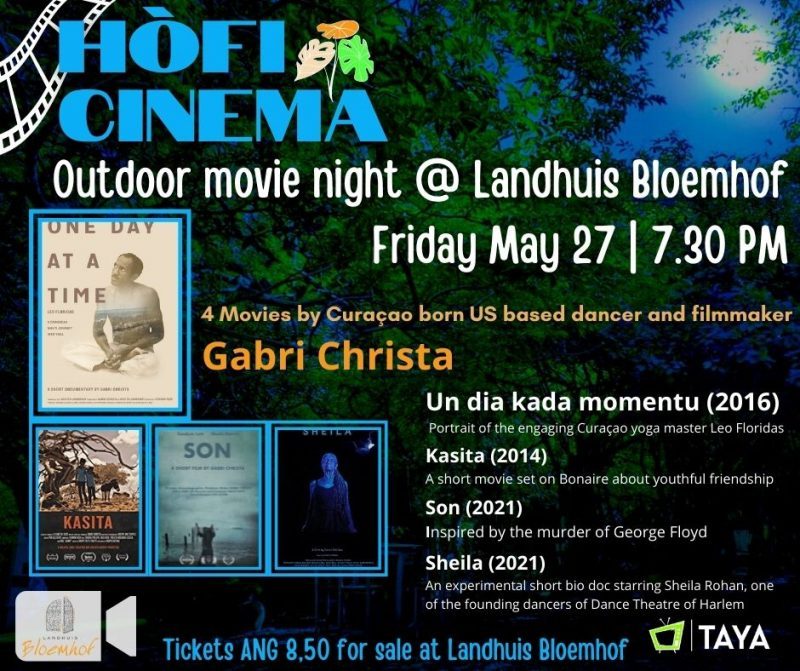 4 Movies by Curaçao born US based dancer and filmmaker Gabri Christa
Gabri Christa was born and raised in Curaçao, Dutch Caribbean. She came to filmmaking after a successful career as a choreographer and dancer. She choreographed and danced with companies such as Danza Contemporanea de Cuba (Cuba) and the Bill T. Jones Dance Company (United States).

Kasita (2014)
When a young girl Luna, can’t keep the dog she rescued, she knows just what to do. Together with her cousin Sol, she sets off to house him in the empty slave huts, but things don’t go as planned.
22 minutes | Papiamentu spoken, English subtitles

Son (2021)
A mother tries to find a moment of selfcare, but constantly worries about her black son's safety and keeps hearing his call/voice.
7 minutes | English

Sheila (2021)
A dancer blows out a candle and finds herself in a magical world of memory, dance and presence.
An experimental short bio doc starring Sheila Rohan, one of the founding dancers of Dance Theatre of Harlem.
7 minutes | English